Throughout the centuries there have been thousands of holy priests who have inspired the Church and new generations of priests.

Get inspiration for discerning your vocation from these shining witnesses!

During the French Revolution a small band of Ursuline nuns was imprisoned in the Bastille. To cheer her disconsolate companions, one of the group passed wheaten discs of bread, cut from the loaf of the daily rations, to memorialize the happy days when they were free and could receive Our Lord in Holy Communion. At that time all religious schools and churches were closed, and those who harbored priests were imprisoned.

At the Vianney farmhouse near Dardilly, France, fugitive priests were offered a refuge. Here their son was prepared in his tenth year for the reception of Holy Communion by a hunted priest.

While tending his father’s sheep, John Vianney fashioned a small statue of Our Lady out of clay. He hid it in the hollow of an old tree with this petition: “Dear Lady Mary, I love you very much; you must bring Jesus back to His tabernacles very soon!”

On a visit to his aunt at Ecully, John listened to her praises of Father Balley, the parish priest, and he sought the Father’s advice regarding his vocation to the priesthood. The pastor appraised the overgrown, awkward youth of faltering speech and devoid of general education. Though John was unable to answer the questions pertaining to earthly science which Father asked him, yet, when the priest put to him the questions of the catechism, his face became luminous with lively interest. He answered every question correctly, and in a manner beyond his years. The amazed pastor took this evidence as a sign from heaven, prophesying, “You will become a priest!”

The ensuing years brought many trials to John. He was conscripted; his mother died; he failed often in his studies. Ordained as a Mass priest, August 12, 1815, he remarked to Our Lady, Queen of the Clergy: “Here is your priest, O Blessed Mother! Stay close to me. Help me to be a good priest!”

As a curate and as a pastor, St. John Vianney’s daily instruction on the catechism found an inspired audience, among whom were noted orators such as Père Lacordaire, O.P., the famed preacher of Notre Dame. The saintly pastor performed many miracles, but the greatest was his own manner of Eucharistic living. It was his Lord, living in Father Vianney, who made him “spend and be spent” in ceaseless service for both sinner and saint in the sacred tribunal of penance. 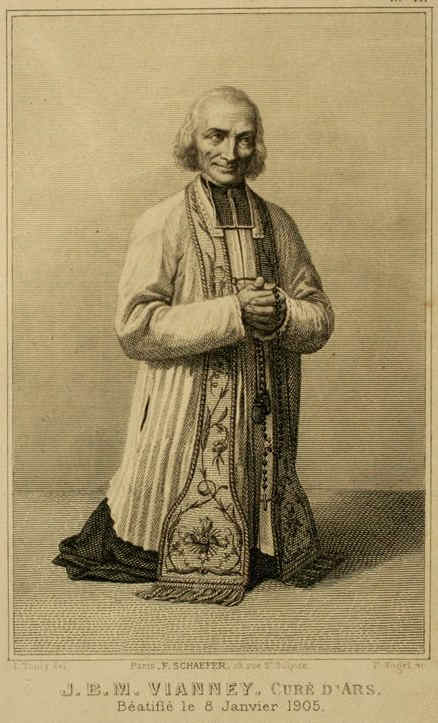 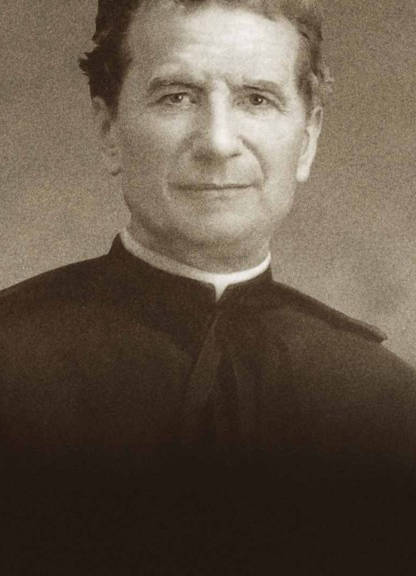 John Bosco was born near Castelnuovo in the archdiocese of Turin, Italy, in 1815. His father died when John was only two years old and it was his mother Margaret who provided him with a good humanistic and Christian education. His early years were financially difficult but at the age of twenty he entered the major seminary, thanks to the financial help received from Louis Guala, founder and rector of the ecclesiastical residence St. Francis of Assisi in Turin. John Bosco was ordained a priest on June 5, 1846, and with the help of John Borel he founded the oratory of St. Francis de Sales.

At this time the city of Turin was on the threshold of the industrial revolution and as a result there were many challenges and problems, especially for young men. Gifted as he was as an educator and a leader, Don Bosco formulated a system of education based on “reason, religion and kindness.” In spite of the criticism and violent attacks of the anti-clericals, he conducted workshops for the tradesmen and manual laborers, schools of arts and sciences for young workers, and schools of the liberal arts for those preparing for the priesthood. In 1868 there were 800 students involved in this educational system. To ensure the continuation of his work, Don Bosco founded the Society of St. Francis de Sales (Salesians), which was approved in 1869. Also, with the help of Sister Mary Dominic Mazzarello, he founded the Institute of the Daughters of Mary Auxiliatrix.

In 1875 a wave of emigration to Latin America began, and this prompted the inauguration of the Salesian missionary apostolate. Don Bosco became a traveller throughout Europe, seeking funds for the missions. Some of the reports referred to him as “the new St. Vincent de Paul.” He also found time to write popular catechetical pamphlets, which were distributed throughout Italy, as was his Salesian Bulletin. This great apostle of youth died on January 31, 1888, and was canonized by Pope Pius XI in 1934. Pope John Paul II named him “teacher and father to the young.”

— Excerpted from Saints of the Roman Calendar by Enzo Lodi

St. Josemaria Escriva was born in Barbastro, Spain, on January 9, 1902. He had five siblings: Carmen (1899-1957) and Santiago (1919-1994) and three younger sisters who died when they were small children. His parents, José and Dolores, gave their children a deep Christian education.

In 1915, Jose Escriva’s business failed and he found other work, which required the family to move to Logrono. It was as a teenager in Logrono that Josemaria for the first time sensed his vocation. Moved by the sight of footprints left in the snow by a barefoot friar, he sensed that God was asking something of him, though he did not know exactly what it was. He thought becoming a priest would help him discover and fulfill this calling from God, so he began to prepare for the priesthood, first in Logrono and later in Saragossa.

Josemaria’s father died in 1924, leaving him as head of the family. After his ordination in 1925, he began his ministry in a rural parish, and subsequently continued it in Saragossa. In 1927, Fr. Josemaria’s bishop gave him permission to move to Madrid to obtain his doctorate in law.

On October 2, 1928, during a spiritual retreat, Fr. Josemaria saw what it was that God was asking of him: to found Opus Dei, a way of sanctification in daily work and in the fulfillment of the Christian’s ordinary duties. From then on he worked on carrying out this task, meanwhile continuing his priestly ministry, particularly to the poor and the sick. During these early years of Opus Dei, he was also studying at the University of Madrid and teaching classes in order to support his family. When the Civil War broke out in Madrid, religious persecution forced Fr. Josemaria to exercise his priestly ministry clandestinely and to move from place to place seeking refuge. Eventually, he was able to leave the Spanish capital; and, after a harrowing escape across the Pyrenees, he took up residence in Burgos. When the war concluded in 1939, he returned to Madrid and finally obtained his doctorate in law. In the years that followed he gave many retreats to laity, priests, and religious, and continued working assiduously to develop Opus Dei.

In 1946 Fr. Josemaria took up residence in Rome. During his years in Rome, he obtained a doctorate in Theology from the Lateran University and was appointed by Pope Pius XII as a consultor to two Vatican Congregations, as an honorary member of the Pontifical Academy of Theology, and as an honorary prelate.

He traveled frequently from Rome to various European countries, and to Mexico on one occasion, to spark the growth of Opus Dei in those places. In 1974 and 1975, he made two long trips to a number of countries in Latin America, where he met with large groups of people and spoke to them about their Christian vocation to holiness.

Msgr. Escriva died in Rome on June 26, 1975. By the time of his death, Opus Dei had begun in dozens of countries and had touched countless lives. After his death thousands of people, including more than a third of the world’s bishops, sent letters to Rome asking the Pope to open his cause of beatification and canonization.

Pope John Paul II beatified Msgr. Escriva on May 17, 1992, in St. Peter’s Square in Rome. The ceremony was attended by approximately 300,000 people. “With supernatural intuition,” said the Pope in his homily, “Blessed Josemaria untiringly preached the universal call to holiness and apostolate.”

Ten years later, on October 6, 2002, John Paul II canonized the founder of Opus Dei in St. Peter’s Square before a multitude of people from more than 80 countries. In his discourse to those who attended the canonization, the Holy Father said that “St. Josemaria was chosen by the Lord to proclaim the universal call to holiness and to indicate that everyday life, its customary activities, are a path towards holiness. It could be said that he was the saint of the ordinary.” 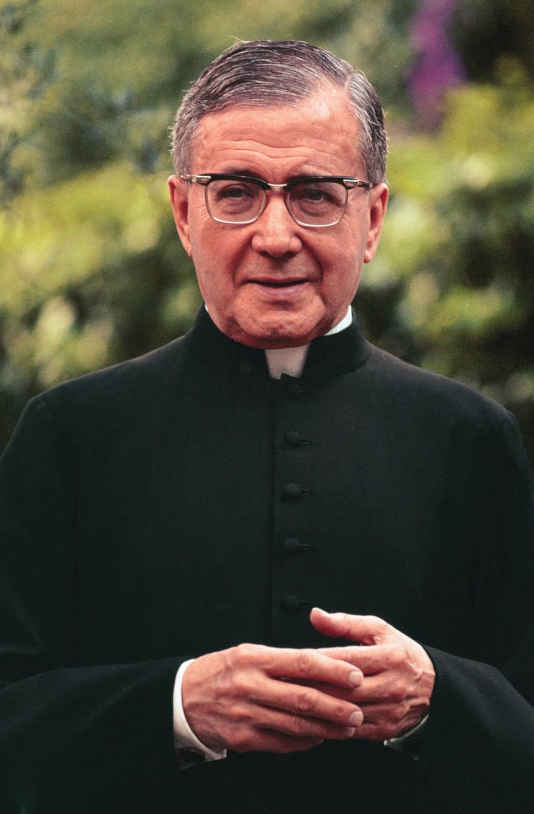 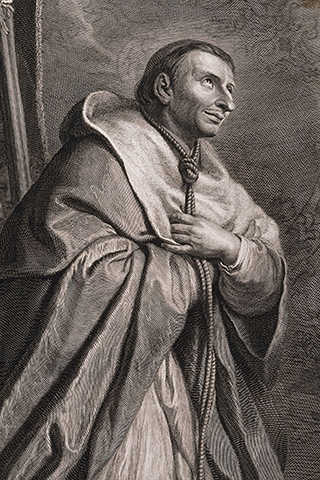 Charles Borromeo, the bishop of Milan, came from a wealthy, aristocratic Italian family. He was born in the family castle, and lived a rather lavish life, entertaining sumptuously as befit a Renaissance court. He personally enjoyed athletics, music, art, and the fine dining that went along with lifestyles of the rich and famous of the sixteenth century. His maternal uncle, from the powerful Medici family, was pope. As was typical of the times, his uncle-pope made him a cardinal-deacon at age twenty-three and bestowed on him numerous offices. He was appointed papal legate to Bologna, the Low Countries, and the cantons of Switzerland, and to the religious orders of St. Francis, the Carmelites, the Knights of Malta, and others.

When Count Frederick Borromeo passed away, many people thought Charles would give up the clerical life and marry now that he had become head of the Borromeo family. But he did not. He deferred to another uncle and became a priest. Shortly thereafter he was appointed bishop of Milan, a city that had not had a resident bishop for over eighty years.

Although raised to the grand life, Borromeo spent much of his time dealing with hardship and suffering. The famine of 1570 required him to bring in food to feed three thousand people a day for three months. Six years later a two-year plague swept through the region. Borromeo mobilized priests, religious, and lay volunteers to feed and care for the sixty thousand to seventy thousand people living in the Alpine villages of his district. He personally cared for many who were sick and dying. In the process, Borromeo ran up huge debts, depleting his resources in order to feed, clothe, administer medical care, and build shelters for thousands of plague-stricken people.

As if the natural disasters facing Borromeo were not enough, a disgruntled priest from a religious order falling out of favor with Church authorities attempted to assassinate him. As Charles knelt in prayer before the altar, the would-be assassin pulled a gun and shot him. At first, Charles thought he was dying, but the bullet never passed through the thick vestments he was wearing. It only bruised him.

Borromeo combined the love of the good life with the self-sacrificing zeal one would expect of a Renaissance churchman. Once when he was playing billiards, someone asked what he would do if he knew he only had fifteen more minutes to live. “Keep playing billiards,” he replied. He died at age forty-six, not at the billiard table but quietly in bed.

—Excerpted from The Way of the Saints, Tom Cowan